2. Connect with us on social media

Save Invermay has a Twitter account, a YouTube channel and connects to the Facebook page Stand Up Otago . These channels are a great way to get to know those who share a passion for retaining Invermay as a scientific hub and saving New Zealand’s Genomics programme. Visit all of them and get connected. If you have agricultural or science news or an opinion to share, connect to Stand Up Otago on Facebook or email the Minister directly using our link.

Are you writing an article or do you need tips for a newsletter, a blog or a school paper? Save Invermay has plenty of ideas and tools to share. Feel free to share our 10 reasons for Saving Invermay, the link to our Information Toolkit, download BERL’s economic analyses, or play the videos of those concerned about Invermay’s future and what the Minister and AgResearch have to say.

Invermay gives New Zealand farmers and business people, just what all people in business are looking for – an economic edge. Despite that and against the advice of its own change management team AgResearch has decided to downsize Invermay and relocate most of its existing Invermay staff to Lincoln.

When we look closely at the scientific reasons for making the move we find that genomics research will be hurt not enhanced by the move, when we ask for the economic reasoning, the reasons have been shown by BERL to be badly calculated. Help the Otago Southland region to retain Invermay and its group of world class scientists. Support our efforts by feeding us your stories about Invermay.

We advocate for the retention of scientific knowledge and know-how in the southern region. Help us make that happen, help us save Invermay. Join us. 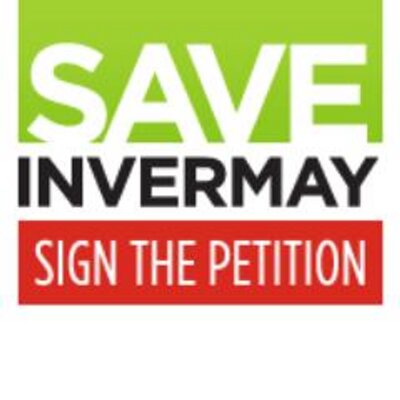 Click the image and copy the low resolution Save Invermay logo. Use it to get the word out, pass it on to your friends or use it on your blogs. Or check out our tool box on the home page and send the Self-Help Kit, to those who care about our scientific future. The Kit summarises the campaign, gives you details about who to contact and a copy of the Save Invermay petition.

Ten reasons why the AgResearch Invermay campus should be expanded